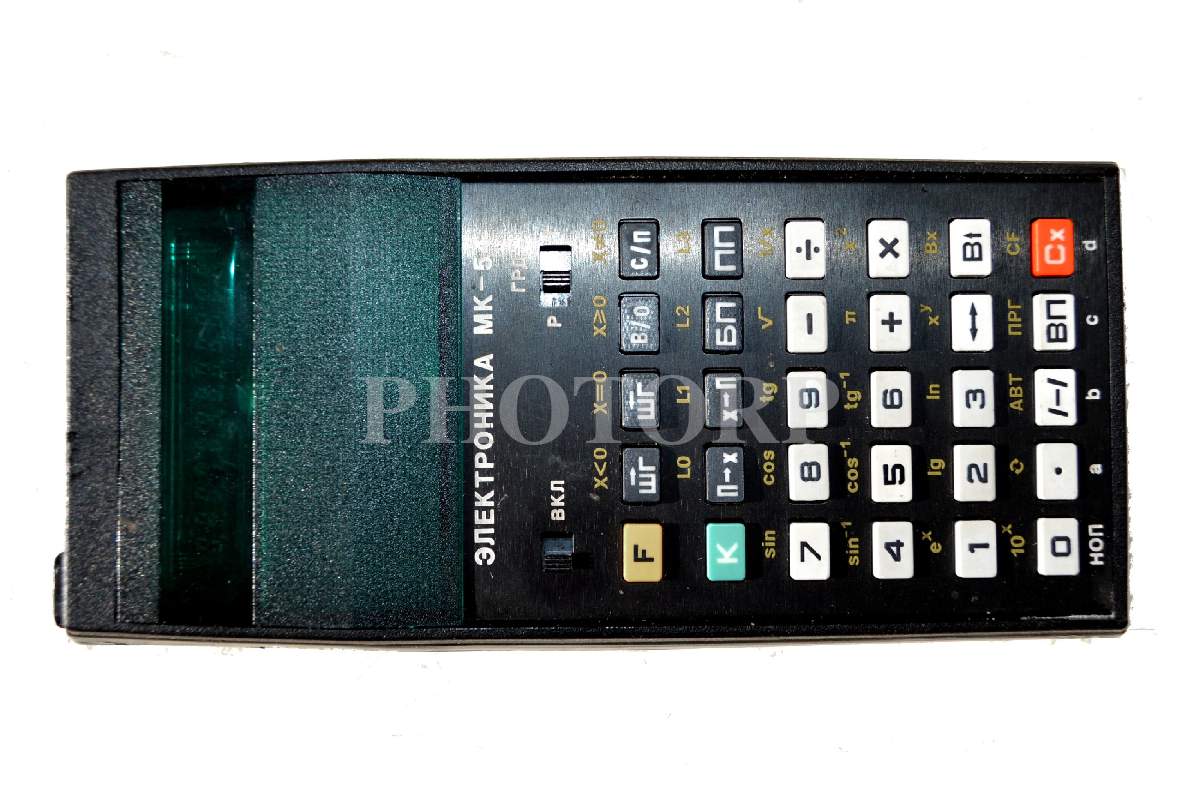 Microcalculator MK-61, unlike its predecessors series B3-34, has an expanded set of commands, in particular, the allocation of integer and fractional part of the numbers, finding the module number, the maximum value of the two numbers, the translation of angular values from tenths of a degree in minutes and seconds, performing logical operations. At the same time, the calculator is fully backward compatible with the second generation models (B3-34 and MK-54) on the system of commands and codes (except for some undocumented features — indirect access to the register E and to the program memory at addresses above 95).

The microcalculator operates in two modes:

The microcalculator "electronics MK 61" was completed with the instruction manual (instruction), the power supply D2-10M, manual and case.
Power microcalculator "electronics MK 61" is carried out both from the power supply D2-10M (220 V) or three elements A-316 ("quantum"," prima", etc.). Elements A-316 absolutely identical to the more familiar elements of AA today-the so-called finger batteries.

This album contains all the photos that we did for "Vintage Programmable Calculator ELEKTRONIKA MK-61 Soviet Russian Working" in category "Calculator". All photos are original and if you like any of them you can contact us and we can offer you completely original photos without a watermark and good quality for a small fee.