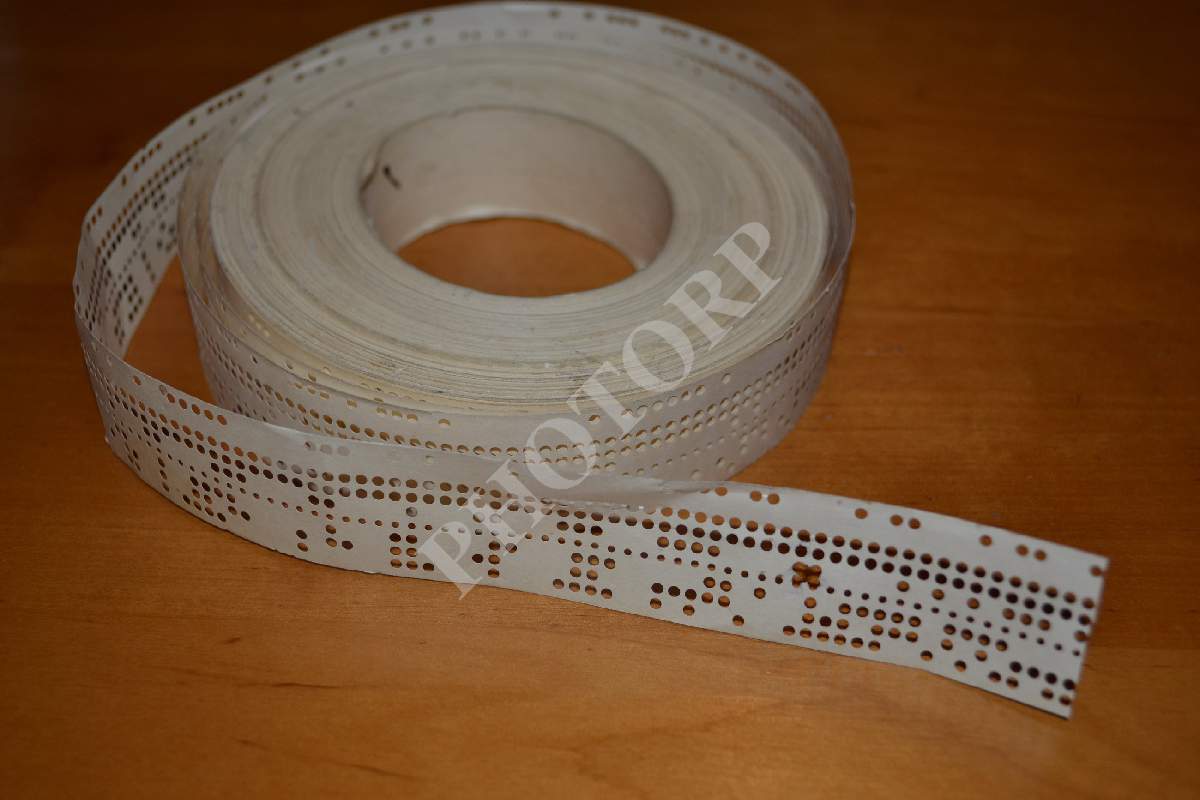 A punched tape is a medium of information made of paper. Information on punched tape was recorded by punching holes (perforations). Several holes across the tape formed lines where was written the code of one character. Each horizontal row of holes on the punched tape corresponds to one letter, sign or space between them. In the middle of the tape can see "transport track" with small holes. They is used to move the tape using a gear wheel.

Due to the simplicity of input/output devices, punched tape is widespread in computer technology. Later computer punched tapes were 7 or 8 rows wide and used ASCII encoding for recording. They were used in minicomputers for input / output of information and for control of CNC machines until the mid-1980s and after were displaced by magnetic media.

The main advantage-punched tape was a cheap media. Relatively simple and cheap was the equipment with which it recorded and read information. Maximum write speed - up to 80-150 bytes per sec, maximum read speed-up to 1500 bytes per sec (for example, using the FS1501 photo reader). At the same time, the tape moves at a speed of up to 4m per sec (with a recording density of 2.54 mm per byte).

This album contains all the photos that we did for "Vintage Mainframe Computer Perforated Punched Paper Tape 1 Meter" in category "Punch Card". All photos are original and if you like any of them you can contact us and we can offer you completely original photos without a watermark and good quality for a small fee.