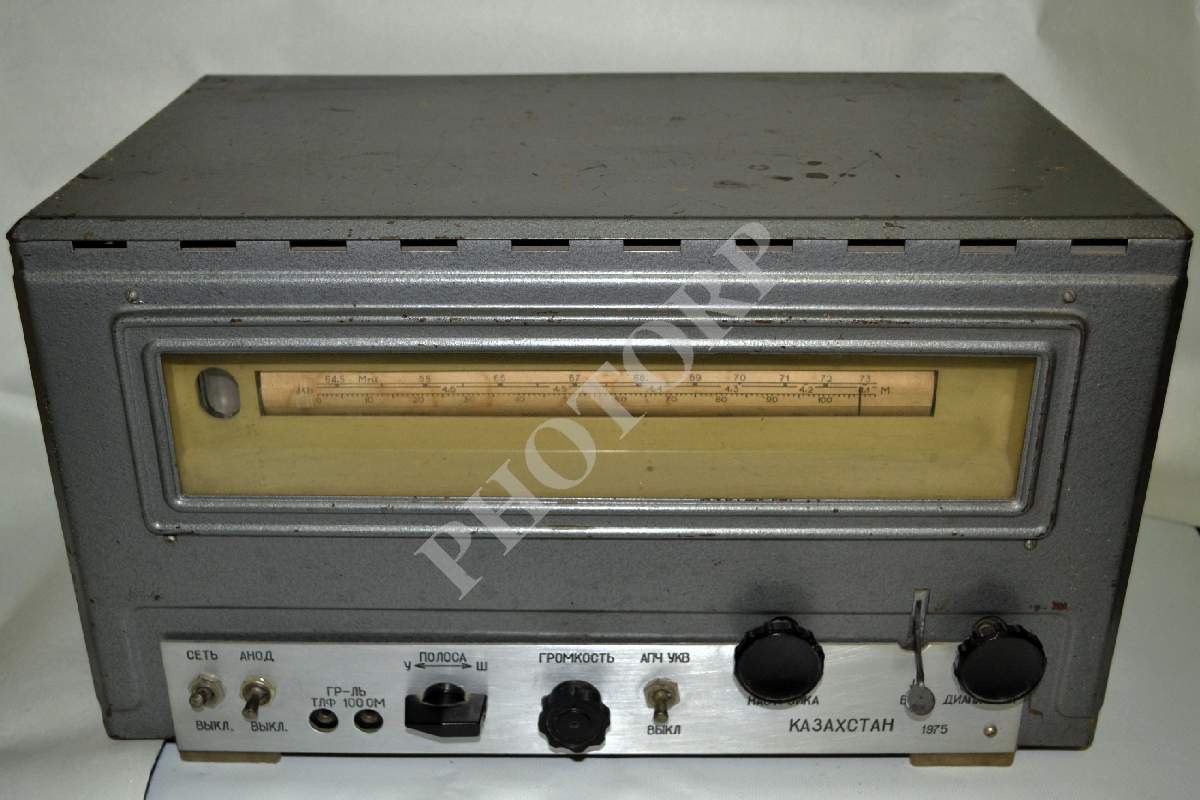 The radio has three antenna inputs:

The radio receiver "Kazakhstan". It was made in Petropavlovsk plant named after S. M. Kirov. Radio was developed in 1962, but the company started mass production in October 1963. Radio was very successful in constructive relations and production line worked to mid-1975.

The radio - "Kazakhstan" machine of the highest class. It uses a penlight lamps, 4-section variable capacitor, the cathode ray indicator settings. Radio had a huge range of applications and could be used as translational or domestic, control, Amateur radio links, etc. The whole design of the receiver was designed to operate without shutdown for a long period of time. The radio has 7 bands, it's LW, MW and SW 4 in which there is continuous overlap in frequency from 3 to 18 MHz, and the VHF broadcasting range.

This receiver was very popular in the USSR during the cold war. Ham radio operators, journalists, diplomats and dissidents were listening to the "Voice of America", "BBC", "Radio Free Europe" and "Radio Liberty" and other radios which were forbidden in the USSR and were stifled in a special way. This receiver can took all the transmission with low signals and its owner were aware of all the events in the world.

We made photos from our radio "Kazakhstan" for your reviewing, all photos are clickable and can be enlarged. More details and technical details can be found in the manual which is available on this page for viewing. Please, see the video made for this radio.

We present the video for a more detailed introduction to "Vintage Russian Military High-End Tube Professional Radio Kazakhstan LW SW KV FM". All videos are real and made by us to show all the details that are difficult or impossible to show in the photos.
Video of the Vintage 1975 High-End Tube Radio Kazakhstan LW, SW, KV-1/2/3/4, FM USSR Soviet, Live Video

This album contains all the photos that we did for "Vintage Russian Military High-End Tube Professional Radio Kazakhstan LW SW KV FM" in category "Radio". All photos are original and if you like any of them you can contact us and we can offer you completely original photos without a watermark and good quality for a small fee.