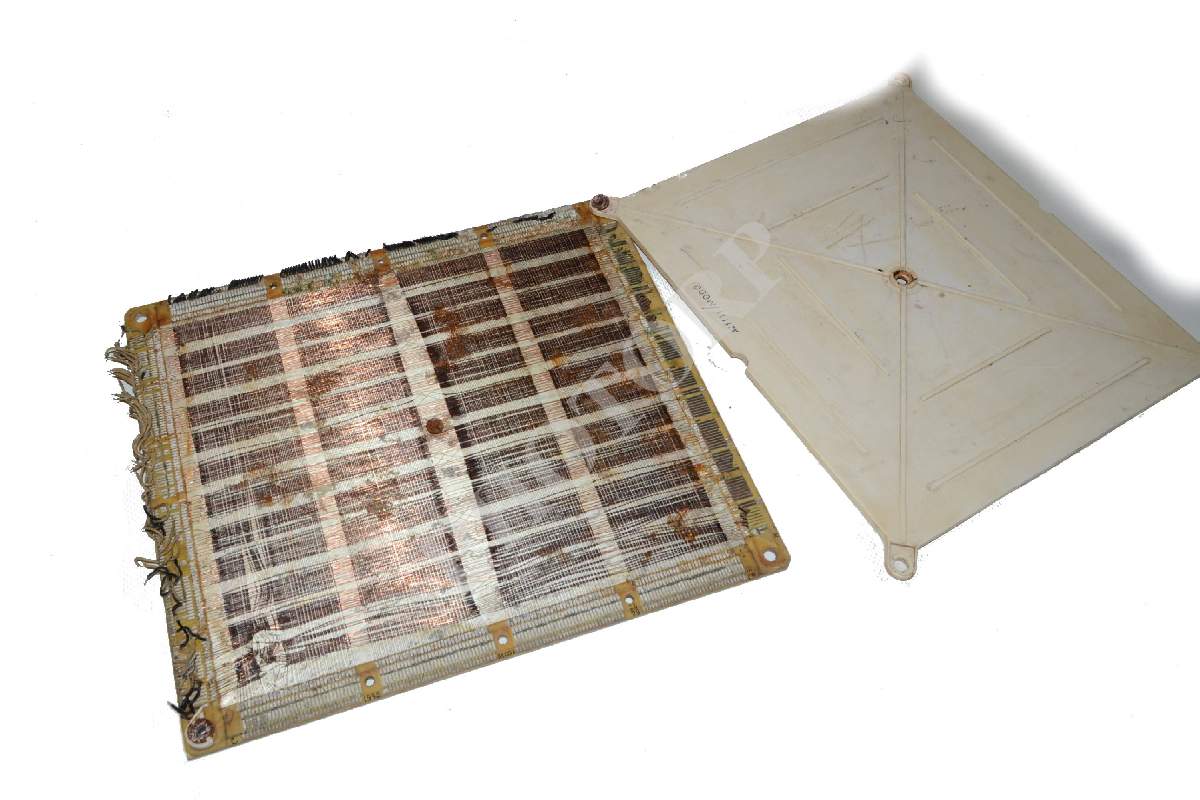 It is rare module from Soviet mainframe MINSK-22, similar modules also could been used in other models of Soviet computers. Each bit in memory has its own ferrite ring or core. These cores can be magnetized in one or two directions, which corresponds to bit 0 or 1. We calculated total sizes of the device and approximately got size of the memory is 25344 bit information it is about 24 bytes information. it seems fantastic but this memory will fit only a few words of 24 letters for example "photoelectroluminescence" or "Petropavlovsk-Kamchatskiy". The device has signs of wear from time, see the photo for more details.

Magnetic core memory (ferrite memory) it consists of tiny metal rings through which wires pass, which could be magnetized in any direction, giving a logical value of 0 or 1. Memory on magnetic cores had many important advantages, not the least of which was that it did not require current to store the contents (an advantage over modern memory) addition, it provided true random access, in which access to any part of the memory was equally fast. Magnetic core memory was significantly faster than other previously used memory technologies, since the access time was 12 microseconds. Currently, magnetic core memory is used in narrow sectors of the space or rocket industry where increased reliability of data storage is required.

We added several historical photos and you can see how were manufactured similar ferrite memory modules on factory USSR.

This album contains all the photos that we did for "Vintage ferrite memory module from Soviet Mainframe 1970s" in category "Vintage Mainframe Parts". All photos are original and if you like any of them you can contact us and we can offer you completely original photos without a watermark and good quality for a small fee.