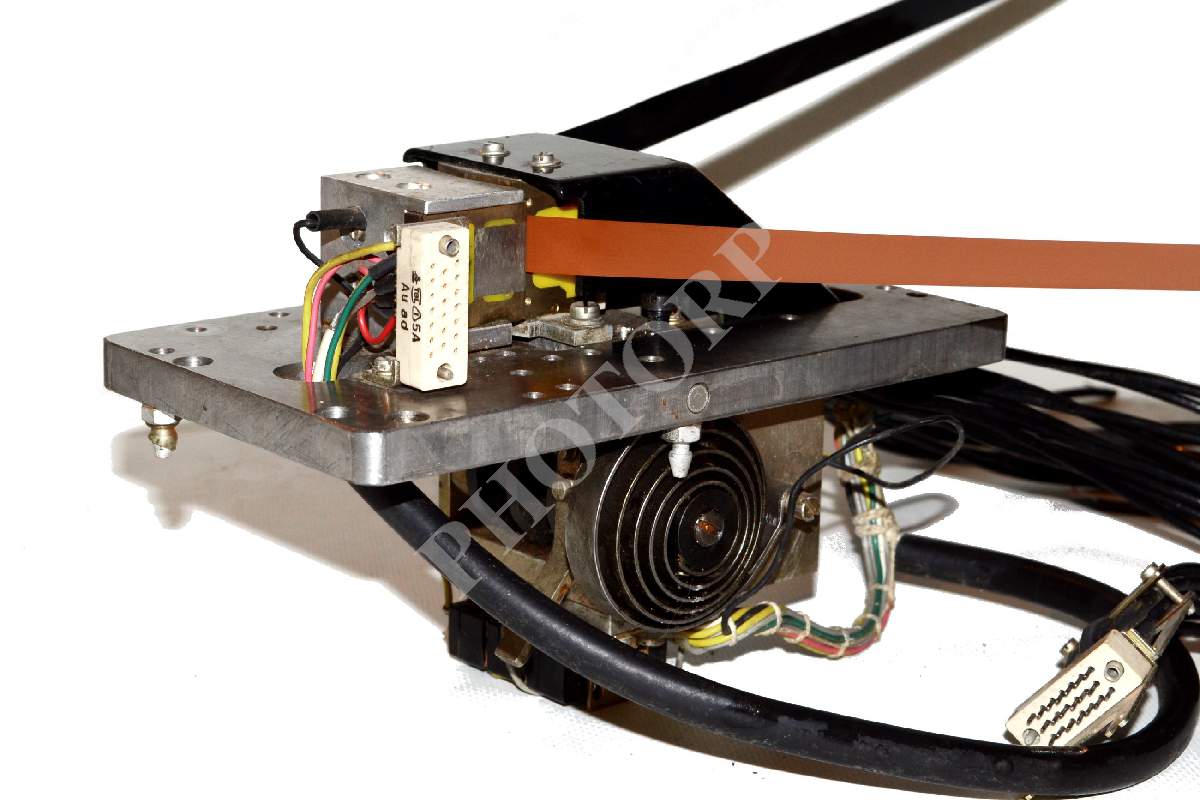 The vintage module with head reader for read/write (reel) magnetic tape from ES EVM. The device was manufactured in USSR in period 1970-1980s and used for read/write 9 tracks tape (IBM 9-track format) allows to record in each position exactly one byte (8 data bits plus 1 control bit) the 9-track tape was invented and started its work together with IBM System/360. This souvenir could surprise fans of computer technology.

In USSR the tapes were used in Soviet industry and for scientific calculation. Many years ago, the magnetic tape were used instead of CD, DVD and flash drives in the Soviet electronic computers for accumulation and storage an information. The reels could be used for next Soviet computers: Minsk-32, SM-4, ES-1030/1035/1040/1050/1036/1045/... and others series Soviet ES EVM. The series of modules for reading the tape was produced in next line:  ES-5002, ES-5012, ES-5017, ES-551, ES-5025, ES-5525. The modules were used for reading the magnetic tapes as the peripheral equipment for the CPU electronic computer USSR and had a large weigh about 400-500 kg (every module). We added old photos with Soviet mainframes where used similar devices.

This album contains all the photos that we did for "Vintage Magnetic Head Reader Recorder Soviet Mainframe IBM format 9 track tapes" in category "Vintage Mainframe Parts". All photos are original and if you like any of them you can contact us and we can offer you completely original photos without a watermark and good quality for a small fee.